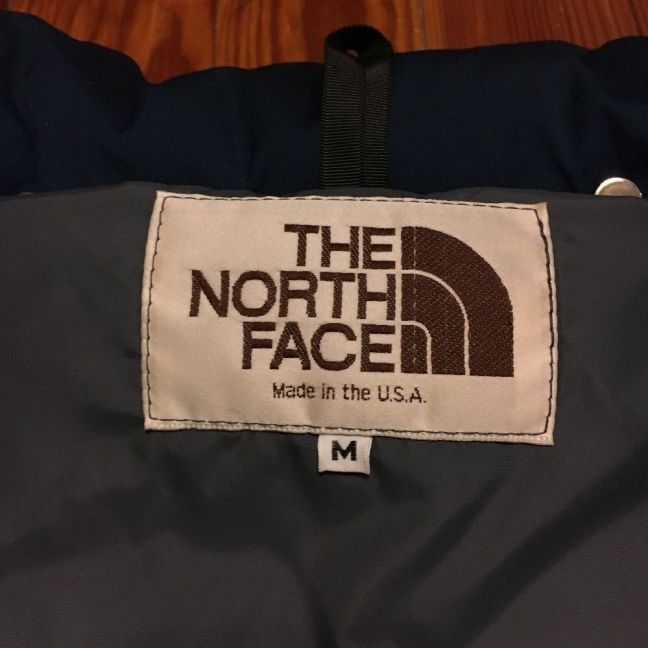 Nice example of a later first generation puffer jacket.  This piece was manufactured in the mid 1980s near the end of this iconic style’s run. Some of the giveaways as to its more recent age are the embossed buttons, TNF branded zipper pull and materials tag.  Earlier versions of this jacket were made of rip stop nylon inside and out as opposed to the 65/35 poly cotton shell seen here. Construction also included what I refer to as stitched rivets at stress points such as pocket openings.

The earliest down jackets from The North Face (and brown label equipment in general) were all made in the USA, but the label didn’t start reflecting that until the late 70s when a shift in manufacturing started to take hold. It wasn’t until people started to question where their items were made that it became part of the strategy to include ‘Made in the USA’ in the branding.

One thought on “1980s North Face Brown Label Down Jacket”