This old LL Bean field jacket takes styling cues from both military and upland style hunting jackets. It features multiple pockets inside and out. A corduroy lined collar. Buttonable chin strap. It has small gauge Talon zippers to close inside pockets as well as a back pocket. It’s made of a medium weight cotton body which is soft and pliable compared to the heavier canvas cotton typically used on field coats.

While Gerry Cunningham lead the “warmth without the weight” down movement here in the states,  the Moncler company followed suit on the other side of the Atlantic. The company founded in 1952 enlisted the help of famed explorer Lionel Terray to help with the design of its expedition weight jackets in early 1960s. The result is what you see here.

This particular coat was found with a coyote fur hood liner which was a later add. It had button holes around the edges for attachment to a NB-3 or similar military parka. Given the condition of the fur, which appeared to have been laundered, I decided to remove it and bring the jacket back to original. A solution of baking soda and water was applied to the heavily soiled areas around the collar cuffs and front and left to soak in the tub. You’ll see in the pictures the incredible amount of dirt that was released.  The coat was then agitated by hand and rinsed thoroughly.

These coats contain a great deal of down giving them the loft needed to sustain the wearer in arctic conditions. The two rows of snaps allow for an adjustable fit in order to accommodate varying layers of clothing underneath.  Zippers are not used as thy can be a hassle in arctic temperatures and a malfunction of one would be a pretty grim reality in the cold. The coat also does not have any pockets which could become filled with snow and create compromised areas for which the cold can make its way in. Candidly speaking, I rather enjoy having accessible pockets in my coat. See my post on the later REI Expedition Down Coat for comparison.

This is an older Roadcrafter suit by Aerostich. It’s constructed of Cordura and Gore-tex  and appears to be the same pattern still in use. The new models bear a Roadcrafter label not found on this one. Aerostich produces some of the finest riding gear available. All pieces are made by hand in Duluth Minnesota USA. 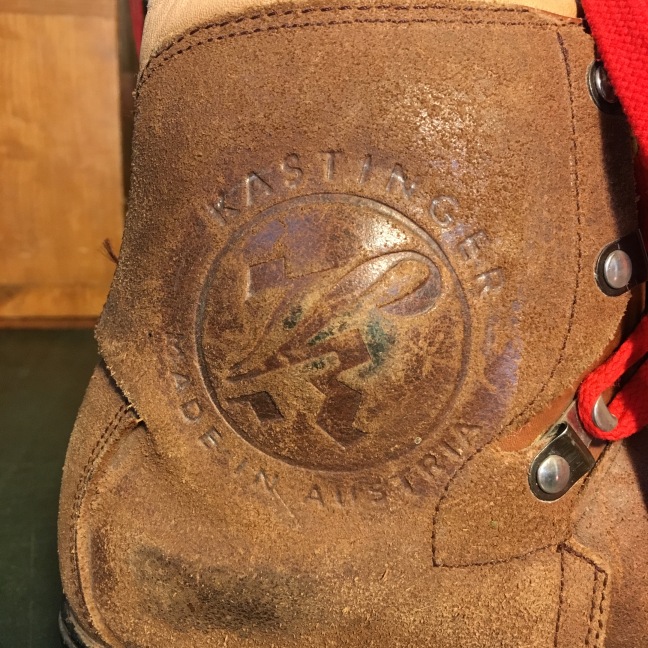 A true early-mid 1970s mountaineering boot. This Kastinger has a couple unique construction attributes.  The hinged heel allows for the boot to flex without stressing putting undue stress on the boot or the wearer. Second feature that makes this boot both special and revolutionary is the stitchless injection-molded welt, which is quite a departure from the Norwegian and Goodyear welts most boots of this era used.

A unique offering from one of the iconic labels in hunting apparel. This bag from the 1930s-1940s pairs well with the company’s jackets and would prove useful in the field. It’s made of a herringbone weave cotton with leather buckle for the flap. Two compartments inside with grommeted bottom to let moisture and small particles escape. While the likely use would be munitions and other sundries, it’s possible it could be used to carry small game if you’re lucky enough to fill up the game pocket on your jacket.

This is a legitimate expedition weight REI down parka. You’d probably have to collect the down from about 4 of your average TNF or Holubar down jackets to get up to this thing’s standard. When fluffed the thing sits about 8″ thick laying flat zipped up. Contains about 2.5 lb worth of down fill. Has heavy gauge zip closure with snap over flap. Also has an a line of snaps on the inside storm flap so you can close the jacket without zipping. Not sure if this is so one doesn’t have to work a zipper in freezing cold or so that the wear can breath just a little if they chose. Double snap option runs all the way up through the snorkel hood. Has two insulated pockets outside and one inside.

Get this thing fully buttoned up and cinched and you’ll look just like Kenny from Southpark. In today’s age this would be easily four figures worth of down fill goodness.

I’ve not yet found a great deal of information into the production and use of these old denim US ARMY fatigues. With so much militaria being of OD Green and khaki descent, denim pieces are seemingly unique. After finding a few other examples of similar jacket labels, it’s safe to say that this item does date back to the 1940s and was succeeded by a few other denim jackets before the army discontinued. This, the earlier version, has amazing zinc embossed buttons which are surprisingly thin, yet sturdy. The lines on the jacket are much like you would see on any civilian chore jacket.  Which makes sense as the military often times contracts from suppliers who also make civilian work wear.  This one here is missing the neck tag which would have had the pertinent information. Manufacturers of this style include Reliance MFG and Lutece MFG.

The thermometer sign in itself is not a rare piece. My research shows it to be a favorite advertising format for many products, for the first half or more of the 20th century.  Dr. Pepper signs of many versions can be found with thermometers. Many using the “Enjoy Hot or Cold” slogan. This particular version, inclusive of “the friendly Pepper Upper” text seemed to be a bit more rare in nature.  The sign was painted on as opposed to porcelain which may have affected durability and decreased production rates. 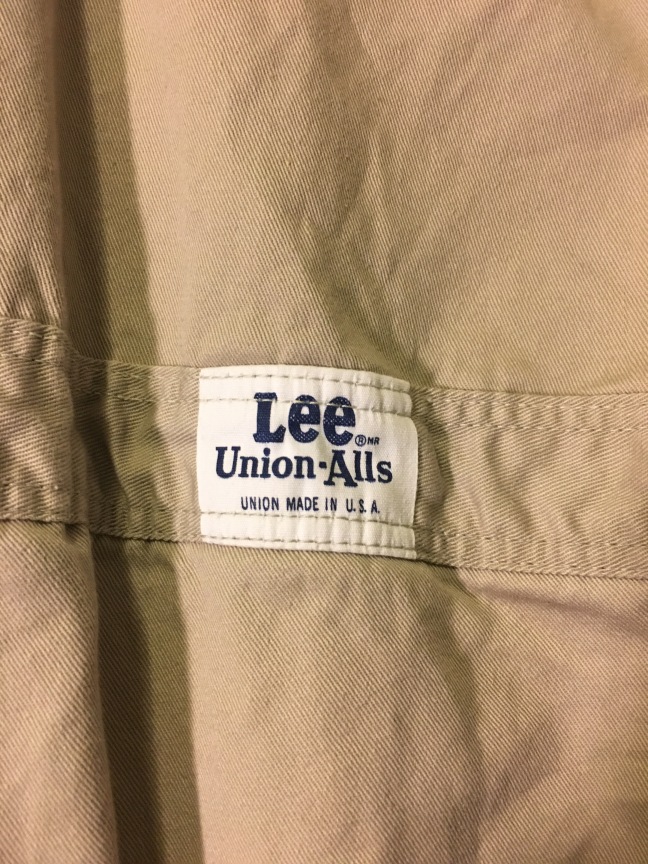